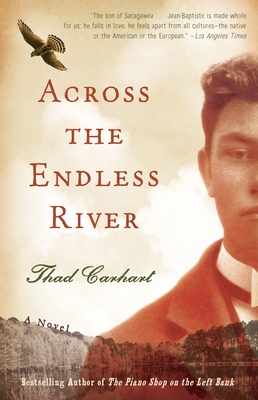 Born in 1805 on the Lewis and Clark expedition, Jean-Baptiste Charbonneau is the son of Sacagawea and Toussaint Charbonneau. He is raised both as William Clark’s ward in St. Louis and by his parents among the villages of the Mandan tribe on the far northern reaches of the Missouri river. In 1823 eighteen-year-old Baptiste is invited to cross the Atlantic with the young Duke Paul of Württemberg, whom he meets on the frontier. During their travels throughout Europe, Paul introduces Baptiste to a world he never imagined, and Baptiste ultimately faces a choice: whether to stay in Europe or return to the wilds of North America. As we follow this young man on his intriguing sojourn, this remarkable novel resonates with the richness of three distinct cultures, languages, and customs.

A dual citizen of the United States and Ireland, Thad Carhart lives in Paris with his wife, the photographer Simo Neri, and their two children.