Shadows of the White City 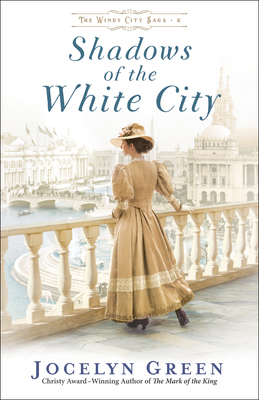 Shadows of the White City

By  Jocelyn Green
Paperback
$ 15.99
Out of Stock In Store (Click to Order)

The one thing Sylvie Townsend wants most is what she feared she was destined never to have--a family of her own. But taking in Polish immigrant Rose Dabrowski to raise and love quells those fears--until seventeen-year-old Rose goes missing at the World's Fair, and Sylvie's world unravels.

Brushed off by the authorities, Sylvie turns to her boarder, Kristof Bartok, for help. He is Rose's violin instructor and the concertmaster for the Columbian Exposition Orchestra, and his language skills are vital to helping Sylvie navigate the immigrant communities where their search leads.

From the glittering architecture of the fair to the dark houses of Chicago's poorest neighborhoods, they're taken on a search that points to Rose's long-lost family. Is Sylvie willing to let the girl go? And as Kristof and Sylvie grow closer, can she reconcile her craving for control with her yearning to belong?

Jocelyn Green is the award-winning and bestselling author of numerous fiction and nonfiction books, including Veiled in Smoke, The Mark of the King, A Refuge Assured, and Between Two Shores. Her books have garnered starred reviews from Booklist and Publishers Weekly and have been honored with the Christy Award and the Golden Scroll. Jocelyn lives with her family in Cedar Falls, Iowa. Visit her at www.jocelyngreen.com.