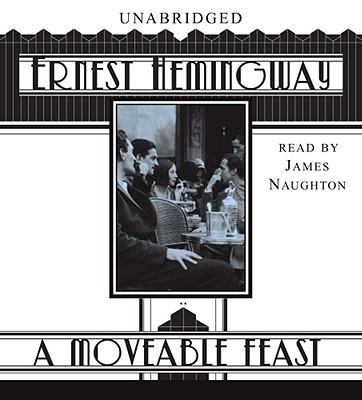 Ernest Hemingway’s classic memoir of Paris in the 1920s, now available in a restored edition, includes the original manuscript along with insightful recollections and unfinished sketches.

Published posthumously in 1964, A Moveable Feast remains one of Ernest Hemingway’s most enduring works. Since Hemingway’s personal papers were released in 1979, scholars have examined the changes made to the text before publication. Now, this special restored edition presents the original manuscript as the author prepared it to be published.

Featuring a personal Foreword by Patrick Hemingway, Ernest’s sole surviving son, and an Introduction by grandson of the author, Seán Hemingway, editor of this edition, the book also includes a number of unfinished, never-before-published Paris sketches revealing experiences that Hemingway had with his son, Jack, and his first wife Hadley. Also included are irreverent portraits of literary luminaries, such as F. Scott Fitzgerald and Ford Maddox Ford, and insightful recollections of Hemingway’s own early experiments with his craft.

Widely celebrated and debated by critics and readers everywhere, the restored edition of A Moveable Feast brilliantly evokes the exuberant mood of Paris after World War I and the unbridled creativity and unquenchable enthusiasm that Hemingway himself epitomized.

Ernest Hemingway did more to influence the style of English prose than any other writer of his time. Publication of The Sun Also Rises and A Farewell to Arms immediately established him as one of the greatest literary lights of the 20th century. His classic novella The Old Man and the Sea won the Pulitzer Prize in 1953. Hemingway was awarded the Nobel Prize for Literature in 1954. He died in 1961.

James Naughton has won Tony Awards for his starring roles in City of Angels and Chicago on Broadway, and a Mac Award for his one-man show James Naughton: Street of Dreams. He directed the acclaimed Broadway revivals of Our Town and Arthur Miller's The Price. On television, he appeared in Brooklyn Bridge, The Cosby Mysteries, and Ally McBeal. His films include The Devil Wears Prada, The Good Mother, The Glass Menagerie, and The Paper Chase.