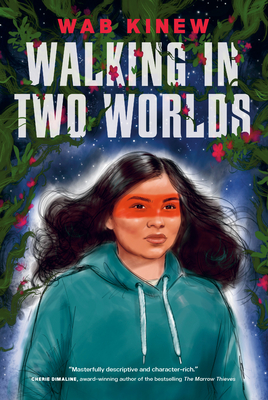 By  Wab Kinew
Hardcover
$ 17.99
Out of Stock In Store (Available to Order)

An Indigenous teen girl is caught between two worlds, both real and virtual, in the YA fantasy debut from bestselling Indigenous author Wab Kinew. Perfect for fans of Ready Player One and the Otherworld series.

In the real world, Bugz is a shy and self-conscious Indigenous teen who faces the stresses of teenage angst and life on the Rez. But in the virtual world, her alter ego is not just confident but dominant in a massively multiplayer video game universe.

Feng is a teen boy who has been sent from China to live with his aunt, a doctor on the Rez, after his online activity suggests he may be developing extremist sympathies. Meeting each other in real life, as well as in the virtual world, Bugz and Feng immediately relate to each other as outsiders and as avid gamers. And as their connection is strengthened through their virtual adventures, they find that they have much in common in the real world, too: both must decide what to do in the face of temptations and pitfalls, and both must grapple with the impacts of family challenges and community trauma.

But betrayal threatens everything Bugz has built in the virtual world, as well as her relationships in the real world, and it will take all her newfound strength to restore her friendship with Feng and reconcile the parallel aspects of her life: the traditional and the mainstream, the east and the west, the real and the virtual.

WAB KINEW is the bestselling, award-winning author of Go Show the World and The Reason You Walk. A member of the Midewin and an Honorary Witness for the Truth and Reconciliation Commission of Canada, he is a former journalist, hip-hop artist and television host who was named by Postmedia News as one of "9 Aboriginal movers and shakers you should know." Kinew, who is a provincial politician in Manitoba, lives in Winnipeg with his family.