Ice Rivers: A Story of Glaciers, Wilderness, and Humanity 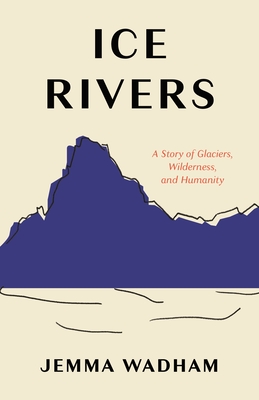 Ice Rivers: A Story of Glaciers, Wilderness, and Humanity

By  Jemma Wadham
Hardcover
$ 26.95
Out of Stock In Store (Available to Order)

The ice sheets and glaciers that cover one-tenth of Earth's land surface are in grave peril. High in the Alps, Andes, and Himalaya, once-indomitable glaciers are retreating, even dying. Meanwhile, in Antarctica, thinning glaciers may be unlocking vast quantities of methane stored for millions of years beneath the ice. In Ice Rivers, renowned glaciologist Jemma Wadham offers a searing personal account of glaciers and the rapidly unfolding crisis that they--and we--face. Taking readers on a personal journey from Europe and Asia to Antarctica and South America, Wadham introduces majestic glaciers around the globe as individuals--even friends--each with their own unique character and place in their community. She challenges their first appearance as silent, passive, and lifeless, and reveals that glaciers are, in fact, as alive as a forest or soil, teeming with microbial life and deeply connected to almost everything we know. They influence crucial systems on which people depend, from lucrative fisheries to fertile croplands, and represent some of the most sensitive and dynamic parts of our world. Their fate is inescapably entwined with our own, and unless we act to abate the greenhouse warming of our planet the potential consequences are almost unfathomable. A riveting blend of cutting-edge research and tales of encounters with polar bears and survival under the midnight sun, Ice Rivers is an unforgettable portrait of--and love letter to--our vanishing icy wildernesses.

Jemma Wadham is Professor of Glaciology at UiT the Arctic University of Norway, the Norwegian Polar Institute, and the University of Bristol. She has led more than twenty-five expeditions to glaciers around the world, from Greenland and Antarctica to the Peruvian Andes and the Himalaya. She has received prestigious awards for her research, including a Philip Leverhulme Prize and a Royal Society Wolfson Award.