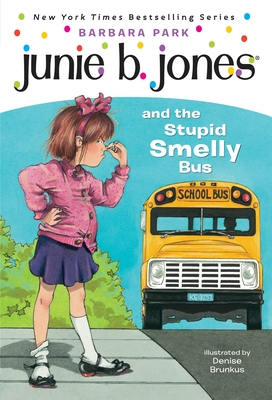 By  Barbara Park , Illustrated By  Denise Brunkus
Paperback
$ 4.99
On Our Shelves Now

Meet the World’s Funniest Kindergartner—Junie B. Jones! Remember when it was scary to go to school? In the first Junie B. Jones book, it’s Junie B.’s first day and she doesn’t know anything. She’s so scared of the school bus and the meanies on it that when it’s time to go home, she doesn’t.

USA Today:
“Junie B. is the darling of the young-reader set.”

Kirkus Reviews:
“Junie’s swarms of young fans will continue to delight in her unique take on the world. . . . A hilarious, first-rate read-aloud.”

Time:
“Junie B. Jones is a feisty six-year-old with an endearing penchant for honesty.”

BARBARA PARK (1947–2013) is beloved by millions as the author of the wildly popular Junie B. Jones series. She is also the author of award-winning middle-grade novels and picture books, including Skinnybones and Mick Harte Was Here. We are thankful for the laughter she’s given us and to millions of children.