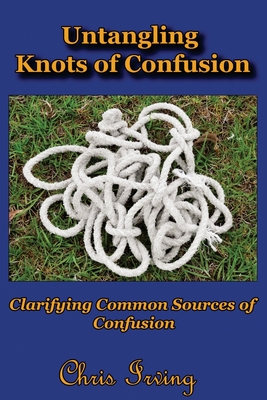 This book contains a series of lucid essays on common sources of confusion. In each case, the author introduces the topic about which there is confusion, specifies where the confusion lies, articulates the causes of each particular type and replaces the confusion with clarity.

Frequently the confusion is due to the fact that there are a number of different matters all tangled up together. The process of clarification consists of identifying the different ideas that have tangled together to form knots of confusion, disentangling these separate strands and making the actual or legitimate relationships between them explicit.

The topics covered are varied and are reflected in the titles of the essays. These titles are 'The Art of Inquiry', 'Truth and Belief', 'On Judgement', Is Evolution Compatible with Creation?', 'Clarifying Spiritual Discourse', 'The Psychology of Conspiracy Theories', 'Synchronicity Meaning and Scepticism', 'Depression', 'Is Should a Dirty Word?', 'Are Sceptical Societies a Form of Cult?', 'Responsibility', 'Speculations on the Concept of Information', 'Randomness', 'Core Beliefs' and 'Too Many Words'.