The Lost Kitchen: Recipes and a Good Life Found in Freedom, Maine: A Cookbook 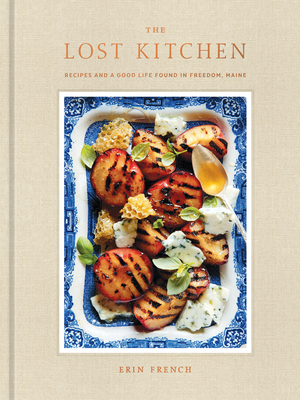 The Lost Kitchen: Recipes and a Good Life Found in Freedom, Maine: A Cookbook

An evocative, gorgeous four-season look at cooking in Maine, with 100 recipes

No one can bring small-town America to life better than a native. Erin French grew up in Freedom, Maine (population 719), helping her father at the griddle in his diner. An entirely self-taught cook who used cookbooks to form her culinary education, she now helms her restaurant, The Lost Kitchen, in a historic mill in the same town, creating meals that draw locals and visitors from around the world to a dining room that feels like an extension of her home kitchen. The food has been called “brilliant in its simplicity and honesty” by Food & Wine, and it is exactly this pure approach that makes Erin’s cooking so appealing—and so easy to embrace at home.

This stunning giftable package features a vellum jacket over a printed cover.

Erin French turned a string of early catering gigs into a secret suppers series in her apartment. She took her dinners on the road, organizing traveling "fork-to-field" dinners from a tricked-out 1965 Airstream trailer, before returning to her tiny hometown, Freedom, Maine, to build her dream restaurant, The Lost Kitchen, in a restored 1834 gristmill. Each spring, the day the phone line opens to accept reservations, the restaurant books up for the entire year. This is her first book.