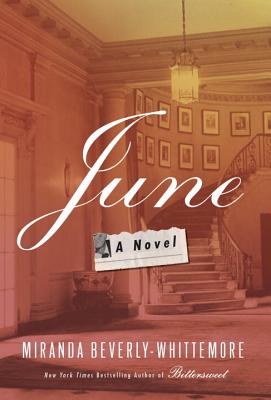 From the New York Times bestselling author of Bittersweet comes a novel of suspense and passion about a terrible mistake made sixty years ago that threatens to change a modern family forever.

Twenty-five-year-old Cassie Danvers is holed up in her family’s crumbling mansion in rural St. Jude, Ohio, mourning the loss of the woman who raised her—her grandmother, June. But a knock on the door forces her out of isolation. Cassie has been named the sole heir to legendary matinee idol Jack Montgomery's vast fortune. How did Jack Montgomery know her name? Could he have crossed paths with her grandmother all those years ago? What other shocking secrets could June’s once-stately mansion hold?

Soon Jack’s famous daughters come knocking, determined to wrestle Cassie away from the inheritance they feel is their due. Together, they all come to discover the true reasons for June’s silence about that long-ago summer, when Hollywood came to town, and June and Jack’s lives were forever altered by murder, blackmail, and betrayal. As this page-turner shifts deftly between the past and present, Cassie and her guests will be forced to reexamine their legacies, their definition of family, and what it truly means to love someone, steadfastly, across the ages.

MIRANDA BEVERLY-WHITTEMORE is the author of three other novels: New York Times bestseller Bittersweet; Set Me Free, which won the Janet Heidinger Kafka Prize, given annually for the best book of fiction by an American woman; and The Effects of Light. A recipient of the Crazyhorse Prize in Fiction, she lives and writes in Brooklyn.