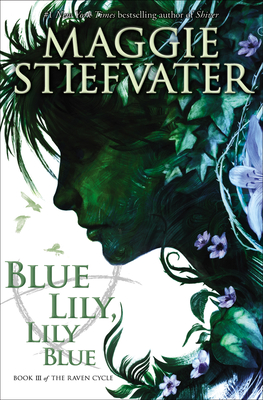 By  Maggie Stiefvater
Paperback
$ 10.99
On Our Shelves Now

Blue Sargent has found things. For the first time in her life, she has friends she can trust, a group to which she can belong. The Raven Boys have taken her in as one of their own. Their problems have become hers, and her problems have become theirs.The trick with found things, though, is how easily they can be lost.Friends can betray.Mothers can disappear.Visions can mislead.Certainties can unravel.In a starred review, The Bulletin called The Dream Thieves, the previous book in The Raven Cycle, "a complex web of magical intrigue and heart-stopping action." Now, with Blue Lily, Lily Blue, the web becomes even more complex, snaring readers at every turn.

Maggie Stiefvater is the #1 New York Times bestselling author of the novels Shiver, Linger, Forever, and Sinner. Her novel The Scorpio Races was named a Michael L. Printz Honor Book by the American Library Association. The first book in The Raven Cycle, The Raven Boys, was a Publishers Weekly Best Book of the Year and the second book, The Dream Thieves, was an ALA Best Book for Young Adults. The third book, Blue Lily, Lily Blue, received five starred reviews. The final book, The Raven King, received four. She is also the author of All the Crooked Saints and Call Down the Hawk. She is also an artist and musician. She lives in Virginia with her husband and their two children. You can visit her online at maggiestiefvater.com.