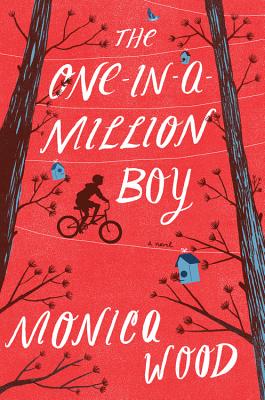 The incandescent story of a 104-year-old woman and the sweet, strange young boy assigned to help her around the house — a friendship that touches each member of the boy’s unmoored family

For years, guitarist Quinn Porter has been on the road, chasing gig after gig, largely absent to his twice-ex-wife Belle and their odd, Guinness records–obsessed son. When the boy dies suddenly, Quinn seeks forgiveness for his paternal shortcomings by completing the requirements for his son’s unfinished Boy Scout badge. For seven Saturdays, Quinn does yard work for Ona Vitkus, the wily 104-year-old Lithuanian immigrant the boy had visited weekly. Quinn soon discovers that the boy had talked Ona into gunning for the world record for Oldest Licensed Driver — and that’s the least of her secrets. Despite himself, Quinn picks up where the boy left off, forging a friendship with Ona that allows him to know the son he never understood, a boy who was always listening, always learning. The One-in-a-Million Boy is a richly layered novel of hearts broken seemingly beyond repair and then bound by a stunning act of human devotion.

MONICA WOOD is the author of When We Were the Kennedys: A Memoir from Mexico, Maine and of the novel Any Bitter Thing, a national bestseller and Book Sense Top Ten pick. Her other fiction includes Ernie's Ark and My Only Story, a finalist for the Kate Chopin Award. Her writing has appeared in O, The Oprah Magazine, New York Times, Martha Stewart Living, Parade, and many other publications. Wood lives in Portland, Maine.