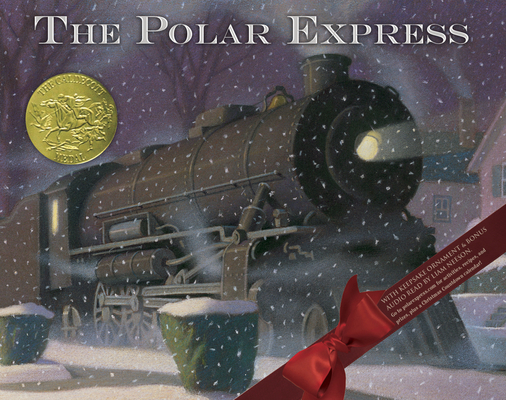 Take a ride aboard the Polar Express in this award-winning, classic holiday story, complete with an ornament gift, perfect for every child’s library.

A young boy, lying awake one Christmas Eve, is welcomed aboard a magical train to the North Pole. The Polar Express makes its way to the city atop the world, where the boy will make his Christmas wish. This is a story for all who believe in the spirit of Christmas and those who treasure the sound of a reindeer’s silver bell.

The Polar Express is the 1986 Caldecott Medal winner, and reading the story together is a beloved holiday tradition held by generations of families. It was also made into an animated feature film starring Tom Hanks.

In this special edition, the inimitable artistry of Chris Van Allsburg is highlighted with a new jacket design and expanded interior layout. Includes an author’s note and downloadable audio read by Liam Neeson.

Chris Van Allsburg is the winner of two Caldecott Medals, for Jumanji and The Polar Express, as well as the recipient of a Caldecott Honor Book for The Garden of Abdul Gasazi. The author and illustrator of numerous picture books for children, he has also been awarded the Regina Medal for lifetime achievement in children’s literature. In 1982, Jumanji was nominated for a National Book Award and in 1996, it was made into a popular feature film. Chris Van Allsburg is a former instructor at the Rhode Island School of Design. Visit him at chrisvanallsburg.com.