The Great Detective: The Amazing Rise and Immortal Life of Sherlock Holmes 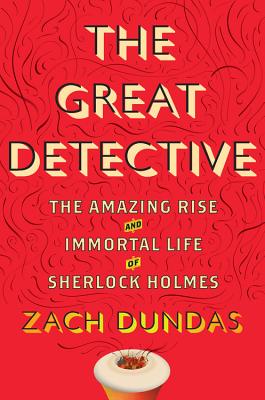 The Great Detective: The Amazing Rise and Immortal Life of Sherlock Holmes

A wickedly smart and rollicking journey through the birth, life, and afterlives of popular culture's most beloved sleuth

Today he is the inspiration for fiction adaptations, blockbuster movies, hit television shows, raucous Twitter banter, and thriving subcultures. More than a century after Sherlock Holmes first capered into our world, what is it about Arthur Conan Doyle’s peculiar creation that continues to fascinate us? Journalist and lifelong Sherlock fan Zach Dundas set out to find the answer.

The result is The Great Detective: a history of an idea, a biography of someone who never lived, a tour of the borderland between reality and fiction, and a joyful romp through the world Conan Doyle bequeathed us.

Through sparkling new readings of the original stories, Dundas unearths the inspirations behind Holmes and his indispensable companion, Dr. John Watson, and reveals how Conan Doyle's tales laid the groundwork for an infinitely remixable myth, kept alive over the decades by writers, actors, and readers. This investigation leads Dundas on travels into the heart of the Holmesian universe. The Great Detective transports us from New York City's Fifth Avenue and the boozy annual gathering of one of the world's oldest and most exclusive Sherlock Holmes fan societies; to a freezing Devon heath out of The Hound of the Baskervilles; to sunny Pasadena, where Dundas chats with the creators of the smash BBC series Sherlock and even finagles a cameo appearance by Benedict Cumberbatch himself. Along the way, Dundas discovers and celebrates the ingredients that have made Holmes go viral — then, now, and as long as the game’s afoot.

ZACH DUNDAS is co-executive editor of Portland Monthly magazine, a longtime journalist, and the author of The Renegade Sportsman.He is a member of the Sherlock Holmes Society of London and the Diogenes Club.