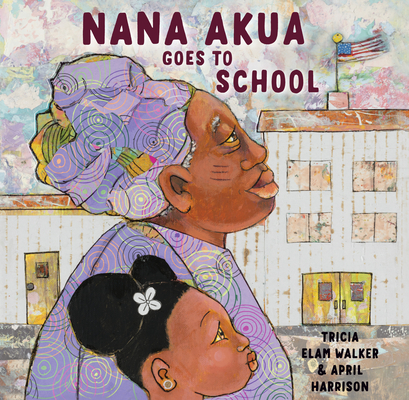 By  Tricia Elam Walker , Illustrated By  April Harrison
Hardcover
$ 17.99
On Our Shelves Now

In this moving story that celebrates cultural diversity, a shy girl brings her West African grandmother--whose face bears traditional tribal markings--to meet her classmates. This is a perfect read for back to school--no matter what that looks like!

It is Grandparents Day at Zura's elementary school, and the students are excited to introduce their grandparents and share what makes them special. Aleja's grandfather is a fisherman. Bisou's grandmother is a dentist. But Zura's Nana, who is her favorite person in the world, looks a little different from other grandmas. Nana Akua was raised in Ghana, and, following an old West African tradition, has tribal markings on her face. Worried that her classmates will be scared of Nana--or worse, make fun of her--Zura is hesitant to bring her to school. Nana Akua knows what to do, though. With a quilt of traditional African symbols and a bit of face paint, Nana Akua is able to explain what makes her special, and to make all of Zura's classmates feel special, too.

Tricia Elam Walker is the author of the novel Breathing Room, among other publications. She is an award-winning fiction and nonfiction writer, cultural and fashion commentator, and blogger who has written for National Public Radio, the Washington Post, Essence magazine, HuffPost, and more. She practiced law for sixteen years prior to teaching writing in Washington, DC, and Boston. Tricia is an assistant professor of Creative Writing at Howard University and is working on several projects, including children's books, plays, and a second novel.

April Harrison, a renowned folk artist, is the Coretta Scott King/John Steptoe New Talent Award-winning illustrator of Patricia C. McKissack's final picture book, What Is Given from the Heart, which received four starred reviews and which the New York Times Book Review called an "exquisite story of generosity." Her work appears in the public collections of Vanderbilt University, Virginia Commonwealth University Medical Center, the Atlanta Housing Authority, and the Erskine University Museum and in many private collections. Learn more at aprilsonggallery.com.