The Kite and the String: How to Write with Spontaneity and Control--and Live to Tell the Tale 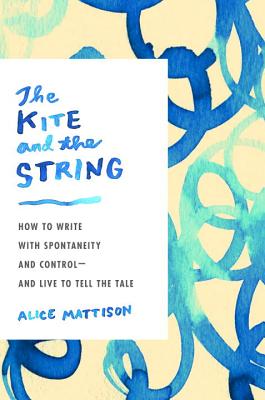 The Kite and the String: How to Write with Spontaneity and Control--and Live to Tell the Tale

A targeted and insightful guide to the stages of writing fiction and memoir without falling into common traps, while wisely navigating the writing life, from an award-winning author and longtime teacher

“A book-length master class.” —The Atlantic

Writing well does not result from following rules and instructions, but from a blend of spontaneity, judgment, and a wise attitude toward the work—neither despairing nor defensive, but clear-eyed, courageous, and discerning. Writers must learn to tolerate the early stages, the dreamlike and irrational states of mind, and then to move from jottings and ideas to a messy first draft, and onward  into the work of revision. Understanding these stages is key.

The Kite and the String urges writers to let playfulness and spontaneity breathe life into the work—letting the kite move with the winds of feeling—while still holding on to the string that will keep it from flying away. Alice Mattison attends also to the difficulties of protecting writing time, preserving solitude, finding trusted readers, and setting the right goals for publication. The only writing guide that takes up both the stages of creative work and developing effective attitudes while progressing through them, plus strategies for learning more about the craft, The Kite and the String responds to a pressing need for writing guidance at all levels.

Alice Mattison is a widely acclaimed author and longtime writing teacher. She has published six novels—including The Book Borrower, Nothing Is Quite Forgotten in Brooklyn, and When We Argued All Night, a New York Times Book Review Editors' Choice—as well as four collections of short stories and a collection of poems. Twelve of her stories have appeared in The New Yorker, and other work has been published in The New York Times, Ploughshares, and Ecotone and anthologized in The Pushcart Prize, PEN/O. Henry Prize Stories, and Best American Short Stories. A frequent panelist at AWP and other writing conferences, she has held residencies at Yaddo and the MacDowell Colony. She has taught at Brooklyn College, Yale University, and, for the last twenty-one years, in the Bennington Writing Seminars, the MFA program at Bennington College.