The Crowd: A Study of the Popular Mind 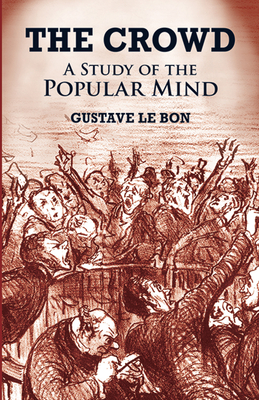 The Crowd: A Study of the Popular Mind

By  Gustave Le Bon
Paperback
$ 9.95
Out of Stock In Store

One of the most influential works of social psychology in history, The Crowd was highly instrumental in creating this field of study by analyzing, in detail, mass behavior. The book had a profound impact not only on Freud but also on such twentieth-century masters of crowd control as Hitler and Mussolini -- both of whom may have used its observations as a guide to stirring up popular passions. In the author's words, The masses have never thirsted after the truth. Whoever can supply them with illusions is easily their master; whoever attempts to destroy their illusions is always their victim.
Although the volume focuses on crowd psychology, it is also brilliantly instructive on the effects of the generally accepted beliefs of a nation's citizenry on the processes of history. Among the topics covered here are general characteristics and mental unity of the crowd; the crowd's sentiments and morality; its ideas, reasoning power, and imagination; opinions and beliefs of crowds and the means used by leaders to persuade; classification of crowds, including criminal and electrical assemblages, as well as the functioning of criminal juries and parliamentary assemblies.
A must-read volume for students of history, sociology, law, and psychology, The Crowd will also be invaluable to politicians, statesmen, investors, and marketing managers. Any study of crowd behavior, popular psychology, fascism, etc. would do well to begin with Le Bon's work. -- Anson Rabinbach, Professor of History, Princeton University.