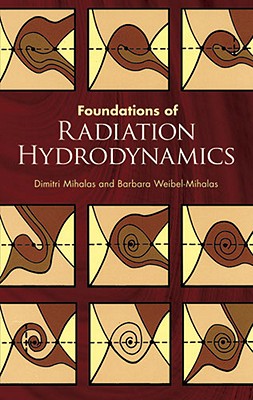 Radiation hydrodynamics is a broad subject that cuts across many disciplines in physics and astronomy: fluid dynamics, thermodynamics, statistical mechanics, kinetic theory, and radiative transfer, among others. The theory developed in this book by two specialists in the field can be applied to the study of such diverse astrophysical phenomena as stellar winds, supernova explosions, and the initial phases of cosmic expansion, as well as the physics of laser fusion and reentry vehicles. As such, it provides students with the basic tools for research on radiating flows.
Largely self-contained, the volume is divided into three parts: Chapters 1 to 5 focus on the dynamics of nonradiating fluids and then consider applications of a few astrophysically interesting problems concerning waves, shocks, and stellar winds. The second part of the book -- Chapters 5 to 8 -- deals with the physics of radiation, radiation transport, and the dynamics of radiating fluids, emphasizing the close relationship of radiation hydrodynamics to ordinary fluid dynamics. Part 3 comprises a short appendix on tensor calculus, explaining the use of tensor concepts in writing equations that allow a simple transition from ordinary fluids to relativistic fluids to radiation.
Combining relevant material scattered widely among a large number of books, journal papers, and technical reports, this volume will be of immense value to students and researchers in many fields.
1984 edition.