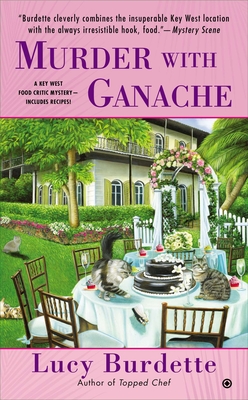 Hayley Snow, the food critic for Key Zest magazine, has her plate heaped high with restaurant reviews, doughnut and sticky bun tastings, and an article on the Hemingway cats. But this week she’s also in charge of her best friend’s wedding. And then someone adds a side of murder…

For better or worse, Hayley has agreed to bake over 200 cupcakes for her friend Connie’s wedding while still meeting her writing deadlines. The last thing she needs is family drama. But her parents come barreling down on the island like a category 3 hurricane and on their first night in town her stepbrother, Roby, disappears into the spring break party scene in Key West.

When Hayley hears that two teenagers have stolen a jet ski, she sets aside her oven mitts and goes in search of Rory. She finds him, barely conscious, but his female companion isn’t so lucky. Now Hayley has to let the cupcakes cool and assemble the sprinkles of clues to clear her stepbrother’s name—before someone else gets iced.

Clinical psychologist Roberta Isleib, aka Lucy Burdette, has had ten previous mysteries published. Her books and stories have been short-listed for Agatha, Anthony, and Macavity awards. Other titles in the Key West Food Critic Mystery series include Topped Chef, Death in Four Courses, and An Appetite for Murder.