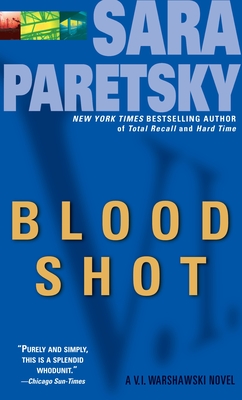 “No one, male or female, writes better P.I. books than Paretsky.”—The Denver Post

V. I. Warshawski isn’t crazy about going back to her old south Chicago neighborhood, but a promise is something she always keeps. Caroline, a childhood friend, has a dying mother and a problem—after twenty-five years she wants V.I. to find the father she never knew. But when V.I. starts probing into the past, she  stumbles onto some long-buried secrets—and a very new corpse. Now she’s stirring up a deadly mix of big business and chemical corruption that may become a toxic shock to a snooper who knows too much.

“[Paretsky’s] work does more than turn the genre upside down: her books are beautifully paced and plotted, and the dialogue is fresh and smart.”—Newsweek

“Her best and boldest work to date . . . a criminal investigation that is a genuine heroic quest.”—The New York Times Book Review

Sara Paretsky is the author of many novels, including her V. I. Warshawski series, which began with Indemnity Only. She lives in Chicago.