The Bookshop at Water's End 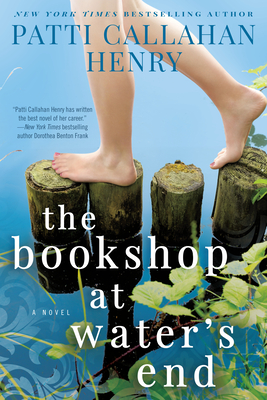 The Bookshop at Water's End

By  Patti Callahan Henry
Paperback
$ 17.00
Out of Stock In Store (Click to Order)

The women who spent their childhood summers in a small southern town discover it harbors secrets as lush as the marshes that surround it...

Bonny Blankenship’s most treasured memories are of idyllic summers spent in Watersend, South Carolina, with her best friend, Lainey McKay. Amid the sand dunes and oak trees draped with Spanish moss, they swam and wished for happy-ever-afters, then escaped to the local bookshop to read and whisper in the glorious cool silence. Until the night that changed everything, the night that Lainey’s mother disappeared.

Now, in her early fifties, Bonny is desperate to clear her head after a tragic mistake threatens her career as an emergency room doctor, and her marriage crumbles around her. With her troubled teenage daughter, Piper, in tow, she goes back to the beloved river house, where she is soon joined by Lainey and her two young children. During lazy summer days and magical nights, they reunite with bookshop owner Mimi, who is tangled with the past and its mysteries. As the three women cling to a fragile peace, buried secrets and long ago loves return like the tide.

Patti Callahan Henry is a New York Times bestselling author whose novels include The Bookshop at Water’s End, The Idea of Love, The Stories We Tell, and Driftwood Summer. As Patti Callahan, she’s the author of the USA Today bestseller Becoming Mrs. Lewis. Short-listed for the Townsend Prize for Fiction, and nominated multiple times for the Southern Inde­pendent Booksellers Alliance (SIBA) Book Award for Fiction, Patti is a frequent speaker at luncheons, book clubs, and women’s groups.