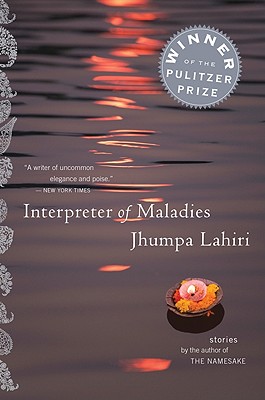 With a new Introduction from the author for the twentieth anniversary

Winner of the Pulitzer Prize for fiction, this stunning debut collection unerring charts the emotional journeys of characters seeking love beyond the barriers of nations and generations. In stories that travel from India to America and back again, Lahiri speaks with universal eloquence to everyone who has ever felt like a foreigner.

JHUMPA LAHIRI is the author of four works of fiction: Interpreter of Maladies, The Namesake, Unaccustomed Earth, and The Lowland; and a work of nonfiction, In Other Words. She has received numerous awards, including the Pulitzer Prize; the PEN/Hemingway Award; the PEN/Malamud Award; the Frank O’Connor International Short Story Award; the Premio Gregor von Rezzori; the DSC Prize for South Asian Literature; a 2014 National Humanities Medal, awarded by President Barack Obama; and the Premio Internazionale Viareggio-Versilia, for In altre parole.