The Not-Quite States of America: Dispatches from the Territories and Other Far-Flung Outposts of the USA 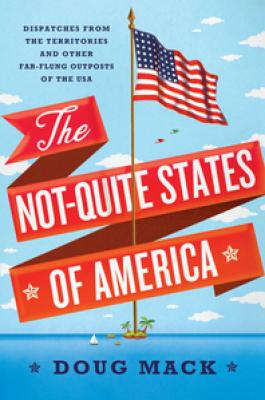 The Not-Quite States of America: Dispatches from the Territories and Other Far-Flung Outposts of the USA

An eye-opening journey to the most overlooked parts of America.

Everyone knows that America is 50 states and…some other stuff. Scattered shards in the Pacific and the Caribbean, the not-quite states—American Samoa, Guam, Puerto Rico, the Northern Mariana Islands, and the U.S. Virgin Islands—and their 4 million people are often forgotten, even by most Americans. But they’re filled with American flags, U.S. post offices, and Little League baseball games. How did these territories come to be part of the United States? What are they like? And why aren’t they states?

When Doug Mack realized just how little he knew about the territories, he set off on a globe-hopping quest covering more than 30,000 miles to see them all. In the U.S. Virgin Islands, Mack examines the Founding Fathers’ arguments over expansion. He explores Polynesia’s outsize influence on American culture, from tiki bars to tattoos, in American Samoa. He tours Guam with members of a military veterans’ motorcycle club, who offer personal stories about the territory’s role in World War II and its present-day importance for the American military. In the Northern Mariana Islands, he learns about star-guided seafaring from one of the ancient tradition’s last practitioners. And everywhere he goes in Puerto Rico, he listens in on the lively debate over political status—independence, statehood, or the status quo.

The Not-Quite States of America is an entertaining account of the territories’ place in the USA, and it raises fascinating questions about the nature of empire. As Mack shows, the territories aren’t mere footnotes to American history; they are a crucial part of the story.

Doug Mack is the author of Europe on Five Wrong Turns a Day and has written for Travel + Leisure, National Geographic Traveler, and the San Francisco Chronicle. He lives in Minneapolis.