Girl on the Leeside: A Novel 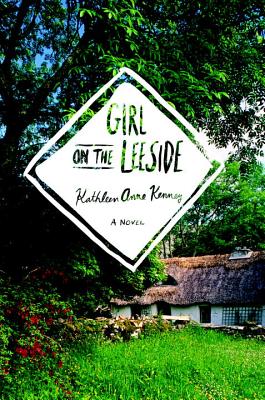 Girl on the Leeside: A Novel

A young, aspiring poet in a quiet Irish village thinks her life of books suits her perfectly until a charismatic newcomer from America broadens her horizons.

Siobhan Doyle grew up with her Uncle Kee at their family pub, the Leeside, in rural Ireland. Kee has been staunchly overprotective of Siobhan ever since her mother's death in an IRA bombing, but now that she's an adult, it's clear that in protecting her, Kee has unwittingly kept her in a state of arrested development. The pair are content to remain forever in their quiet haven, reading and discussing Irish poetry, but for both Siobhan and Kee, fate intervenes.
A visiting American literary scholar awakens Siobhan to the possibility of a fulfilling life away from The Leeside. And her relationship with Kee falters after the revelation that her father is still alive. In the face of these changes, Siobhan reaches a surprising decision about her future. Lyrical and heartfelt, Kathleen Anne Kenney's Girl on the Leeside deserves a place alongside contemporary literature's best-loved coming-of-age novels.

KATHLEEN ANNE KENNEY is an author, freelance writer, and playwright. Her writing has appeared in Big River, Coulee Region Women, and Ireland of the Welcomes, as well as other publications. She has had numerous short plays presented in Minnesota theaters and has published the play The Ghost of an Idea, a one-actor piece about Charles Dickens. Her play New Menu was a winner in the 2012 Rochester Repertory Theatre’s national short-play competition. She is currently at work on a novel based on her 2014 stage play, The Bootleg Blues.