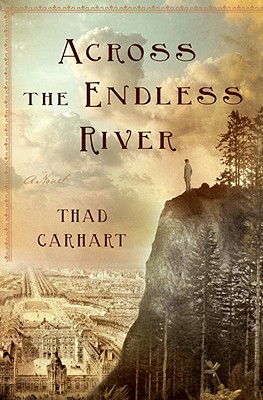 From the acclaimed bestselling author of The Piano Shop on the Left Bank, a historical novel about Jean-Baptiste Charbonneau, the son of Sacagawea, and his intriguing sojourn as a young man in 1820s Paris.

Born in 1805 on the Lewis and Clark expedition, Jean-Baptiste Charbonneau was the son of the expedition's translators, Sacagawea and Toussaint Charbonneau. Across the Endless River compellingly portrays this mixed-blood child's mysterious boyhood along the Missouri among the Mandan tribe and his youth as William Clark's ward in St. Louis. The novel becomes a haunting exploration of identity and passion as eighteen-year-old Baptiste is invited to cross the Atlantic in 1823 with young Duke Paul of Württemberg.

During their travels throughout Europe, Paul introduces Baptiste to a world he never imagined. Gradually, Baptiste senses the limitations of life as an outsider. His passionate affair with Paul's older cousin helps him understand the richness of his heritage and the need to fashion his own future. But it is Maura, the beautiful and independent daughter of a French-Irish wine merchant Baptiste meets in Paris, who most influences his ultimate decision to return to the frontier.

Rich in the details of life in both frontier America and the European court, Across the Endless River is a captivating novel about a man at the intersection of cultures, languages, and customs.

A dual citizen of Ireland and the United States, THAD CARHART lives in Paris with his wife, the photographer Simo Neri, and their two children.