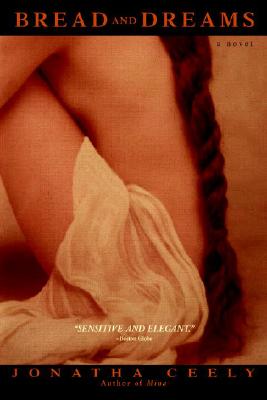 In 1848, a time when sail was giving way to the swift power of steam, Mina boards the sailing ship Victoria, headed for a new life in America. Orphaned and alone, under the protection of her friend Mr. Serle, Mina is, like the Victoria, at the mercy of the winds of fate. But what awaits both Mina and her protector in New York is a world rich with opportunity and danger.

As Mr. Serle, a master chef, finds work in a bustling hotel, Mina tries the life of a salesgirl and then joins the downstairs kitchen of a wealthy family, where she soon proves her exquisite touch with food. But mysteries swirl all around the Westervelt home, and soon they engulf Mina too. As she tries to navigate the shoals and eddies of hidden affairs and powerful secrets, and as her feelings for the mysterious Mr. Serle subtly begin to shift, a remarkable series of events begins to unfold. For Mina, an extraordinary adventure begins, one that will take her far away from New York—and bring a sudden, surprising change of heart…and an unexpected gift of love and responsibility.

From the gaslit streets of old New York to the cargo-crowded waterways of the Erie Canal, from one man fighting a personal battle of faith, duty, and desire to another scarred in body and soul by was, Bread and Dreams is filled with marvelously drawn characters and vivid images. And in the keenly observant, steadfast Mina Pigot we are given a narrator to treasure—and a brilliant guide into the heart and soul of America.

“Jonatha Ceely has caught perfectly the beauty, cruelty, and the very essence of one England about to transmute into another. A lovely book.”—Anne Rivers Siddons, author of Islands

“Absorbing and suspenseful…filled with vivid and surprising characters struggling to find their way amid the social turmoil of the time.” —Lauren Belfer, author of City of Light

“The hardships of poverty and displacement are tempered with hope, determination and the will to survive in this well-researched debut historical novel. Ceely’s prose is graceful…and fans of the genre will appreciate [her] light touch and historical consistency. —Publishers Weekly

Jonatha Ceely grew up in Kingston, Ontario, and has lived in Turkey and Italy. She is a former teacher and administrator who lives in Brookline, Massachusetts, with her husband, a composer. Her debut novel, Mina, is available in trade paperback from Dell.