Conjectures of a Guilty Bystander 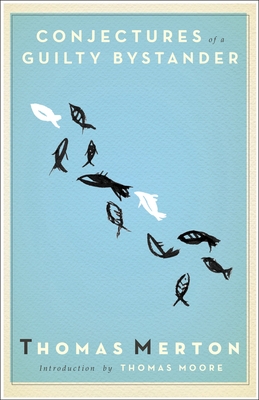 Conjectures of a Guilty Bystander

In this series of notes, opinions, experiences, and reflections, Thomas Merton examines some of the most urgent questions of our age. With his characteristic forcefulness and candor, he brings the reader face-to-face with such provocative and controversial issues as the “death of God,” politics, modern life and values, and racial strife–issues that are as relevant today as they were fifty years ago.

Conjectures of a Guilty Bystander is Merton at his best–detached but not unpassionate, humorous yet sensitive, at all times alive and searching, with a gift for language which has made him one of the most widely read and influential spiritual writers of our time.

THOMAS MERTON (1915-1968), Trappist monk, author, and peace activist, came to international prominence at a young age with his classic autobiography, The Seven Story Mountain. Over the rest of his life he wrote prolifically on a vast range of topics, including prayer, interior growth, social responsibility, violence, and war. Toward the end of his life he played a significant role in introducing Eastern religions to the West. He is today regarded as a spiritual master, a brilliant religious writer, and a man who embodied the quest for God and human solidarity in the modern world.