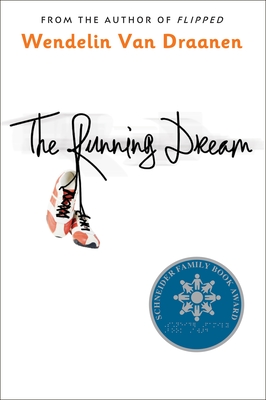 By  Wendelin Van Draanen
Paperback
$ 10.99
Out of Stock In Store (Click to Order)

When Jessica is told she’ll never run again, she puts herself back together—and learns to dream bigger than ever before. The acclaimed author of Flipped delivers a powerful and healing story.

Jessica thinks her life is over when she loses a leg in a car accident. She’s not comforted by the news that she’ll be able to walk with the help of a prosthetic leg. Who cares about walking when you live to run?

As she struggles to cope, Jessica feels that she’s both in the spotlight and invisible. People who don’t know what to say act like she’s not there. Jessica’s embarrassed to realize that she’s done the same to a girl with CP named Rosa. A girl who is going to tutor her through all the math she’s missed. A girl who sees right into the heart of her.

With the support of family, friends, a coach, and her track teammates, Jessica may actually be able to run again. But that’s not enough for her now. She doesn’t just want to cross finish lines herself—she wants to take Rosa with her.

“Inspirational. The pace of Van Draanen’s prose matches Jessica’s at her swiftest. Readers will zoom through the book just as Jessica blazes around the track. A lively and lovely story.” —Kirkus Reviews

When Wendelin Van Draanen ran her first marathon, she was struck by the people with physical handicaps who were also running and was inspired to write this book about overcoming adversity with courage and grace and strength.

She is the author of many beloved and award-winning books. For middle graders, she’s written Swear to Howdy and the Sammy Keyes mystery series. For teens and tweens, there’s Flipped, The Running Dream, Confessions of a Serial Kisser, and Runaway. And for younger readers, check out the Shredderman quartet and the Gecko and Sticky series. Wendelin Van Draanen lives in Central California with her husband and two sons. Find her on the Web at WendelinVanDraanen.com or on Twitter at @WendelinVanD.