Between Us and Abuela: A Family Story from the Border 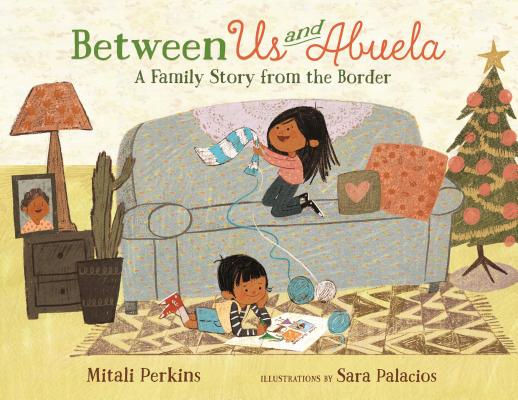 Between Us and Abuela: A Family Story from the Border

By  Mitali Perkins , Illustrated By  Sara Elena Palacios Gutiérrez
$ 17.99
Out of Stock In Store (Click to Order)

A timely debut picture book about love overcoming the border fences between Mexico and the United States.

It's almost time for Christmas, and Maria is traveling with her mother and younger brother, Juan, to visit their grandmother on the border of California and Mexico.

For the few minutes they can share together along the fence, Maria and her brother plan to exchange stories and Christmas gifts with the grandmother they haven't seen in years. But when Juan's gift is too big to fit through the slats in the fence, Maria has a brilliant idea. She makes it into a kite that soars over the top of the iron bars.

Here is a heartwarming tale of multi-cultural families, and the miracle of love.

Sara Palacios was the recipient of the 2012 Pura Belpré Illustrator Honor Award for her work on Marisol McDonald Doesn’t Match. A native of Mexico, Sara graduated from the National Institute of Fine Arts in Mexico City and went on to earn BFA and MFA degrees in illustration from the Academy of Art University in San Francisco. She illustrates for companies in both the United States and Mexico.