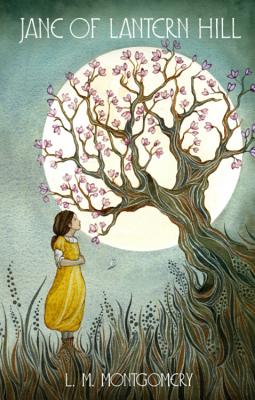 Jane and her mother live in a gloomy old mansion, where their lives are ruled by her ovebearing grandmother. For most of her life Jane has believed that her father is dead. Then, one dull April morning, a letter comes. Not only is her father alive and well, but he wants Jane to spend the summer with him on Prince Edward Island.

For a blissful summer she lives at her father's cottage on Lantern Hill, making friends, having adventures and discovering that life can be wonderful after all. And she dares to dream that there could be such a house where she, Mother and Father could live together without Grandmother's disapproval - a house that could be called home.

L. M. Montgomery was born in 1874 on Prince Edward Island, Canada, where she spent her childhood living with her grandparents in an old farmhouse. A prolific writer, she published many short stories, poems and novels, many of which were inspired by the years she spent on the beautiful Prince Edward Island. Anne of Green Gables and its sequels have always been amongst the most popular of children's classics. Montgomery died in Toronto in 1942 and was buried on her beloved island.