Milk Street: The New Rules: Recipes That Will Change the Way You Cook 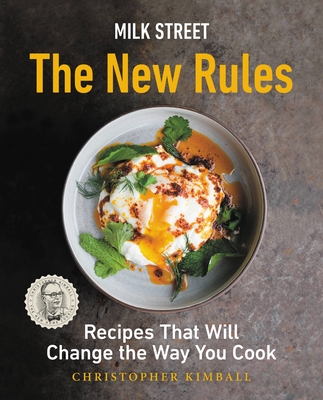 Milk Street: The New Rules: Recipes That Will Change the Way You Cook

By  Christopher Kimball
$ 35
On Our Shelves Now
JAMES BEARD AWARD FINALIST -- Become the best cook you know with this playbook of new flavors, new recipes, and new techniques: Milk Street's New Rules, with 200 game-changing recipes driven by simple but transformative insights into cooking.
This revelatory new book from James Beard Award-winning author Christopher Kimball defines 75 new rules of cooking that will dramatically simplify your time in the kitchen and improve your results. These powerful principles appear in more than 200 recipes that teach you how to make your food more delicious and interesting, like:
You'll also learn how to:
The New Rules are simpler techniques, fresher flavors, and trustworthy recipes that just work--a book full of lessons that will make you a better cook.