The Fever: A Novel 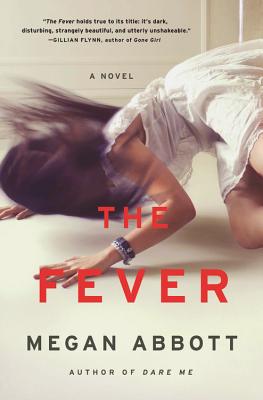 The Fever: A Novel

The panic unleashed by a mysterious contagion threatens the bonds of family and community in a seemingly idyllic suburban community in this "engrossing, disturbing, panic attack of a novel" from the award-winning author of The Turnout and Dare Me (Jodi Picoult).

The Nash family is close-knit. Tom is a popular teacher, father of two teens: Eli, a hockey star and girl magnet, and his sister Deenie, a diligent student. Their seeming stability, however, is thrown into chaos when Deenie's best friend is struck by a terrifying, unexplained seizure in class. Rumors of a hazardous outbreak spread through the family, school and community.

As hysteria and contagion swell, a series of tightly held secrets emerges, threatening to unravel friendships, families and the town's fragile idea of security. A chilling story about guilt, family secrets and the lethal power of desire, The Fever affirms Megan Abbott's reputation as "one of the most exciting and original voices of her generation" (Laura Lippman).

Megan Abbott is the award-winning author of nine novels, including You Will Know Me, The Fever, Dare Me, and The End of Everything. She received her PhD in literature from New York University. Her writing has appeared in the New York Times, the Wall Street Journal, the Los Angeles Times Magazine, The Guardian, and The Believer. Currently, she is a staff writer on HBO's David Simon show, The Deuce. She lives in New York City.