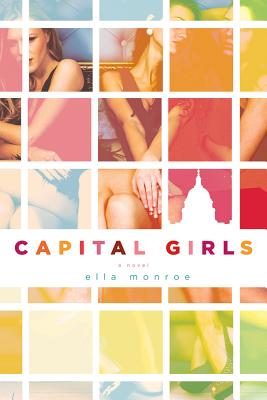 Jackie Whitman, Washington DC's "It Girl." She's drop-dead gorgeous, brilliant and dating the President's son. Under 24/7 media scrutiny, she never makes a mistake…but there's a new guy on the scene with all the right moves. Suddenly, being bad has never looked so good.

Taylor Cane, blonde bombshell and wild child extraordinaire. She's the leader of the pack and the glue that binds the four of them together. Reckless adventure is her specialty, flirting with danger her drug of choice, no matter the consequences.

Lettie Velasquez, she's all brains and blind ambition. Her goal: Princeton. Though money and privilege elude her, she's counting on hard work to pay off one of these days. So long as her heart doesn't lead her astray.

Laura Beth Ballou, poor little rich girl and a real southern belle. She dreams of Julliard and the bright lights of Broadway. She's sweet as pie…until the new girl in town starts messing with her friends.

Capital Girls forever…But when one of them dies in a mysterious accident, their once impenetrable bond is shaken. And as secrets long kept rise to the surface, the future of their friendship hangs in the balance. One thing's for certain, though: Washington DC will never be the same again.

ELLA MONROE is the pseudonym for the Washington, DC based, debut writing duo Marilyn Rauber and Amy Reingold. Maz Rauber is a former reporter who covered national politics—and all its scandals—for the New York Post. The Australian-born writer lives in the DC area with her husband and, on occasion, their two college-aged children. Amy Reingold is a writer, a textile artist, and a classically-trained Cordon Bleu chef. Raised in small-town Illinois, she has lived in London and Hong Kong. But her favorite by far is the nation’s capital, where she and her husband have raised two daughters and assorted pets.