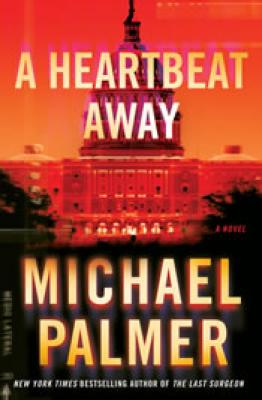 On the night of the State of the Union address, President James Allaire expects to give the speech of his career. But no one anticipates the terrifying turn of events that forces him to quarantine everyone in the Capitol building. A terrorist group calling itself “Genesis” has unleashed WRX3883, a deadly, highly contagious virus, into the building. No one fully knows the deadly effect of the germ except for the team responsible for its development—a team headed by Allaire, himself. The only one who might be able to help is virologist Griffin Rhodes, currently in solitary confinement in a maximum security federal prison for alleged terrorist acts, including the attempted theft of WRX3883 from the lab where he worked. Rhodes has no idea why he has been arrested, but when Allaire offers to free him in exchange for his help combating the virus, he reluctantly agrees to do what he can to support the government that has imprisoned him without apparent cause. Meanwhile, every single person in line for presidential succession is trapped inside the Capitol—every person except one: the Director of Homeland Security, who is safely at home in Minnesota, having been selected as the “Designated Survivor” for this event. With enemies both named and unnamed closing in, and the security of the nation at stake, Griff must unravel the mysteries of WRX3883 without violating his pledge as a scientist to use no animal testing in his experiments…and time is running out. Tense, thrilling, and entirely plausible, A Heartbeat Away will make you reflect, wonder, and be truly afraid.

Michael Palmer writes internationally bestselling novels of medical suspense, including "The Last Surgeon, The First Patient, The Second Opinion, The Sisterhood" and "Critical Judgment." His books have been translated into thirty-five languages. Palmer earned his bachelor's degree at Wesleyan University, and he attended medical school at Case Western Reserve University. He trained in internal medicine at Boston City and Massachusetts General Hospitals. He spent twenty years as a full-time practitioner of internal and emergency medicine. In addition to his writing, Palmer is an associate director of the Massachusetts Medical Society Physician Health Services, devoted to helping physicians troubled by mental illness, physical illness, behavioral issues, and chemical dependency. He lives in eastern Massachusetts.