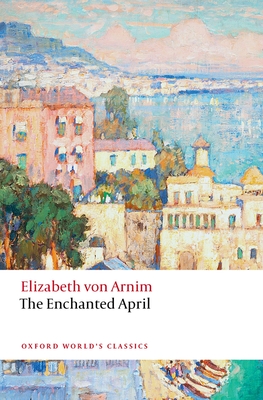 By  Elizabeth Von Arnim , Editor  Isobel Maddison
Paperback
$ 11.95
Out of Stock In Store

'To Those who Appreciate Wistaria and Sunshine. Small medieval castle on the shores of the Mediterranean to be let For the month of April, above a bay on the Italian Riviera.'

Four very different women--the dishevelled and downtrodden Mrs Wilkins, the sad, sweet-faced Mrs Arbuthnot, the formidable widow Mrs Fisher, and the ravishing socialite Lady Caroline Dester--are drawn to the shores of the Mediterranean that April. As each, in turn, blossoms in the warmth of the
Italian spring and finds their spirits stirring, quite unexpected changes occur. The Enchanted April (1922) is a deceptive and timely novel immured in a post-war context, a period noted for its wistful and sometimes satiric writings. Von Arnim's novel is part of this oeuvre and portrays an escape to a carefully described pastoral enclave away from encroaching urbanisation and
the spread of new technologies, in an era when the Great War had left many emotionally and physically starved. The journey to San Salvatore by four unhappy women is an escape from stifling parochialism, constraining social and gendered expectations as well as stultifying insularity, but the
evocation of an extraordinarily aesthetic and 'enchanted' location suggests more than personal recuperation. ABOUT THE SERIES: For over 100 years Oxford World's Classics has made available the widest range of literature from around the globe. Each affordable volume reflects Oxford's commitment to scholarship, providing the most accurate text plus a wealth of other valuable features, including expert
introductions by leading authorities, helpful notes to clarify the text, up-to-date bibliographies for further study, and much more.

Elizabeth von Arnim Isobel Maddison is Director of Studies in English and Fellow at Lucy Cavendish College, University of Cambridge. She works primarily on female modernism and its connection with popular fiction. Her publications include Elizabeth von Arnim: Beyond the German Garden (2013). She is alsoPresident of the International Elizabeth von Arnim Society.