Bound by Blood and Sand 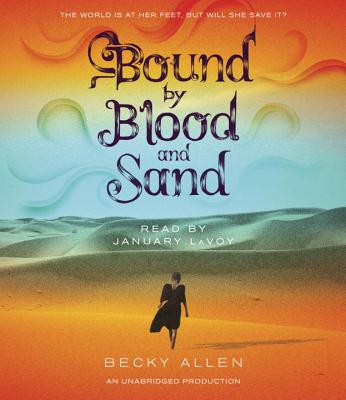 Bound by Blood and Sand

Jae is a slave in a dying desert world.

Once verdant with water from a magical Well, the land is drying up, and no one remembers the magic needed to keep the water flowing. If a new source isn’t found soon, the people will perish. Jae doesn’t mind, in a way. By law, she is bound by a curse to obey every order given her, no matter how vile. At least in death, she’ll be free.

Elan’s family rules the fading realm. He comes to the estate where Jae works, searching for the hidden magic needed to replenish the Well, but it’s Jae who finds it, and she who must wield it. Desperate to save his realm, Elan begs her to use it to locate the Well.

But why would a slave—abused, beaten, and treated as less than human—want to save the system that shackles her? Jae would rather see the world burn.

Though revenge clouds her vision, she agrees to help if the realm’s slaves are freed. Then Elan’s father arrives. The ruler’s cruelty knows no limits. He is determined that the class system will not change—and that Jae will remain a slave forever.

Becky Allen grew up in a tiny town outside Ithaca, New York, and graduated from Brandeis University with a major in American studies and a minor in journalism. She is the website director of TheBody.com, an online HIV resource, and loves New York, brunch, and feminism. Becky lives in New York City.


From the Hardcover edition.