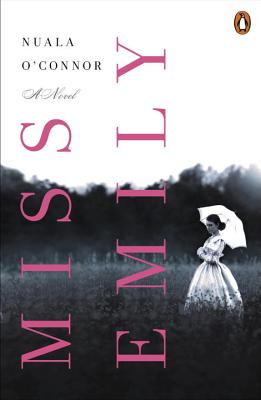 An Amazon Canada Best Book of the Year, the American debut of an award-winning Irish writer that brings to life Emily Dickinson and will enthrall fans of Longbourn and Mrs. Poe and the film A Quiet Passion, starring Cynthia Nixon as Emily Dickinson.

Nuala O’Connor’s enchanting American debut novel, Miss Emily, reimagines the private life of Emily Dickinson, one of America’s most beloved poets, through her own voice and through the eyes of her family’s Irish maid.

Eighteen-year-old Ada Concannon has just been hired by the respected but eccentric Dickinson family of Amherst, Massachusetts. Despite their difference in age and the upstairs-downstairs divide, Ada strikes up a deep friendship with Miss Emily, the gifted elder daughter living a spinster’s life at home. But Emily’s passion for words begins to dominate her life. She will wear only white and avoids the world outside the Dickinson homestead. When Ada’s safety and reputation are threatened, however, Emily must face down her own demons in order to help her friend, with shocking consequences.

Nuala O’Connor is the author of Miss Emily and a well-regarded short-story writer and novelist in her native Ireland, writing under the name Nuala Ní Chonchúir, and has won many fiction awards, including RTÉ radio’s Francis MacManus Award, the Cúirt New Writing Prize, the Jane Geske Award, the inaugural Jonathan Swift Award, and the Cecil Day Lewis Award, among others. Her short story “Peach” was nominated for a Pushcart Prize and she was shortlisted for the European Prize for Literature for her short story collection Nude. She was born in Dublin in 1970 and lives in East Galway with her husband and three children.