Bunker Hill: A City, A Siege, A Revolution (The American Revolution Series #1) 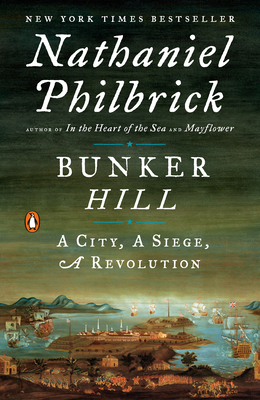 Bunker Hill: A City, A Siege, A Revolution (The American Revolution Series #1)

Nathaniel Philbrick is the author of In the Heart of the Sea, winner of the National Book Award; Mayflower, finalist for the Pulitzer Prize; Bunker Hill, winner of the New England Book Award; Sea of Glory; The Last Stand; Why Read Moby Dick?; and Away Off Shore. He lives in Nantucket. His newest book, Valiant Ambition: George Washington, Benedict Arnold, and the Fate of the American Revolution, will be published in May 2016.