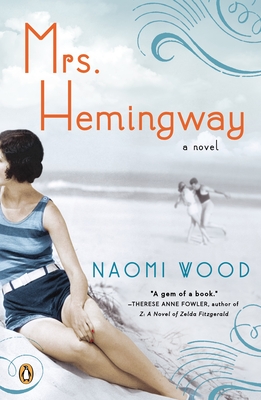 The Paris Wife was only the beginning of the story . . .
A New York Times Book Review Editor's Choice
A Richard & Judy UK Pick

Paula McLain’s New York Times–bestselling novel piqued readers’ interest about Ernest Hemingway’s romantic life. But Hadley was only one of four women married, in turn, to the legendary writer. Just as T.C. Boyle’s bestseller The Women completed the picture begun by Nancy Horan’s Loving Frank, Naomi Wood’s Mrs. Hemingway tells the story of how it was to love, and be loved by, the most famous and dashing writer of his generation. Hadley, Pauline, Martha and Mary: each Mrs. Hemingway thought their love would last forever; each one was wrong.

Told in four parts and based on real love letters and telegrams, Mrs. Hemingway reveals the explosive love triangles that wrecked each of Hemingway's marriages. Spanning 1920s bohemian Paris through 1960s Cold War America, populated with members of the fabled "Lost Generation," Mrs. Heminway is a riveting tale of passion, love, and heartbreak.

Naomi Wood was awarded the 2012 inaugural Eccles Centre British Library Writer in Resident Award. She is the Young Patrons Ambassador at the British Library and teaches at the University of East Anglia. She lives in London. Mrs. Hemingway is her American debut.