Cured: The People Who Defeated HIV 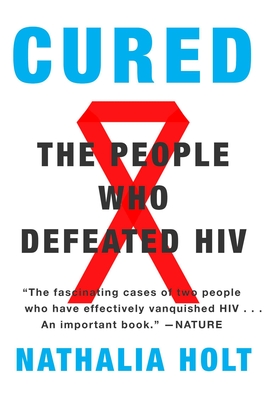 Cured: The People Who Defeated HIV

“Nathalia Holt presents a thorough account of the research that provides scientists with hope that a cure will one day be achievable... and her empathy shines through in her prose. This is as important a social history as it is a medical document.”—The Daily Beast

Two patients—each known in medical history as the Berlin Patient—were cured of the HIV virus. The two patients’ disparate cures came twelve years apart, but Nathalia Holt, an award-winning scientist at the forefront of HIV research, connects the molecular dots of these cases for the first time.

Scientists are known to maintain a professional distance from those they study, but sometimes scientists are not just investigators, they are caregivers, too. Cured illustrates that even in the era of high-tech and big pharma, the way doctors and patients communicate remains a critical ingredient in the advance of this science. Holt offers a kind of hope that the thirty-four million people currently infected with HIV need and a story of ingenuity, dedication, and humanity that will inspire the rest of us.

Nathalia Holt trained at Massachusetts General Hospital, MIT, Harvard University, the University of Southern California, and Tulane University. She lives with her family in Boston.