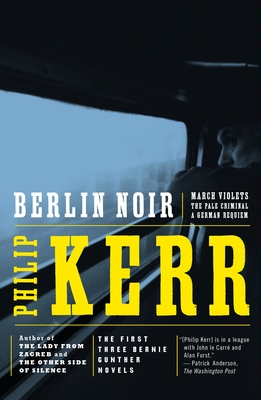 Ex-policeman Bernie Gunther thought he'd seen everything on the streets of 1930s Berlin. But then he went freelance, and each case he tackled sucked him further into the grisly excesses of Nazi subculture. And even after the war, amidst the decayed, imperial splendour of Vienna, Bernie uncovered a legacy that made the wartime atrocities look lily-white in comparison...

Philip Kerr is the New York Times bestselling author of the acclaimed Bernie Gunther novels, two of which—Field Gray and The Lady from Zagreb—were finalists for the Edgar® Award for Best Novel. Kerr has also won several Shamus Awards and the British Crime Writers’ Association Ellis Peters Award for Historical Crime Fiction. As P. B. Kerr, he is the author of the much-loved young adult fantasy series Children of the Lamp.