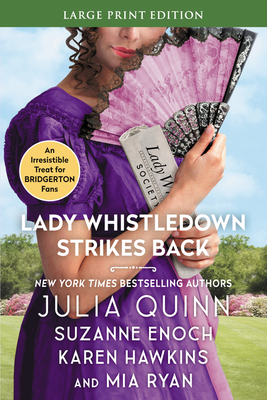 Was it the fortune hunter, the gambler, the servant, or the rogue? All of London is abuzz with speculation, but it is clear that one of four couples is connected to the crime. —Lady Whistledown’s Society Papers, May 1816

Julia Quinn enchants: A dashing fortune hunter is captivated by the Season’s most desired debutante . . . and must prove he is out to steal the lady’s heart, not her dowry.

Suzanne Enoch tantalizes: An innocent miss who has spent her life scrupulously avoiding scandal is suddenly—and secretly—courted by London’s most notorious rogue.

Karen Hawkins seduces: A roving viscount comes home to rekindle the passionate fires of his marriage . . . only to discover that his beautiful, headstrong bride will not be so easily won.

Mia Ryan delights: A lovely, free-spirited servant is dazzled by the romantic attentions of a charming earl . . . sparking a scandalous affair that could ruin them both.