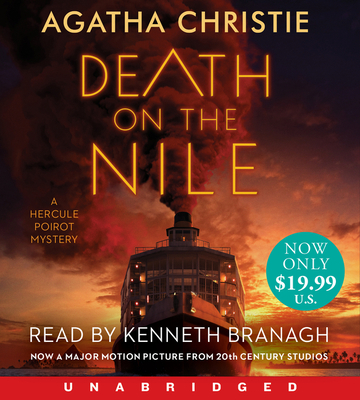 By  Agatha Christie , Read by  Kenneth Branagh
$ 19.99
Pre-Order (Not Yet Published)

Soon to be a major motion picture sequel to Murder on the Orient Express with a screenplay by Michael Green, directed by and starring Kenneth Branagh alongside Gal Gadot—coming September 17, 2021!

Beloved detective Hercule Poirot embarks on a journey to Egypt in one of Agatha Christie’s most famous mysteries.

Kenneth Branagh, was already a celebrated stage actor when, in 1988, he made his debut as a film director with Henry V; among other films he has directed are Dead Again, Peter's Friends, Much Ado About Nothing, Mary Shelley's Frankenstein, In Bleak Midwinter, Hamlet, and Love's Labour's Lost; as a performer he has been seen in Conspiracy, Celebrity, and Harry Potter and the Chamber of Secrets.