Death on the Nile [Movie Tie-in 2022]: A Hercule Poirot Mystery 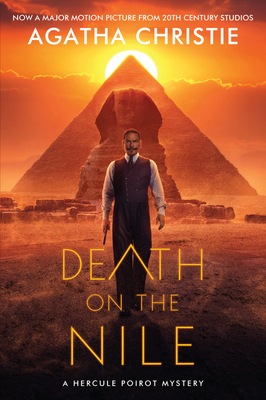 Death on the Nile [Movie Tie-in 2022]: A Hercule Poirot Mystery

By  Agatha Christie
Paperback
$ 15.99
Pre-Order (Not Yet Published)

Soon to be a major motion picture sequel to Murder on the Orient Express with a screenplay by Michael Green, directed by and starring Kenneth Branagh alongside Gal Gadot—coming September 17, 2021!

Beloved detective Hercule Poirot embarks on a journey to Egypt in one of Agatha Christie’s most famous mysteries.