The Rose Code CD: A Novel 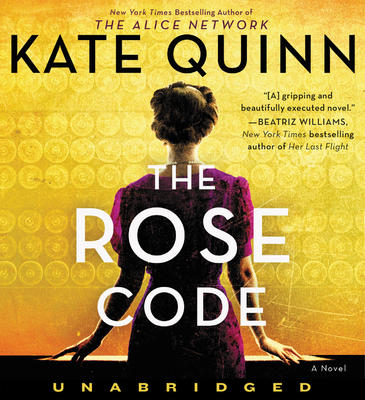 The Rose Code CD: A Novel

“The hidden history of Bletchley Park has been waiting for a master storyteller like Kate Quinn to bring it to life. THE ROSE CODE effortlessly evokes the frantic, nervy, exuberant world of the Enigma codebreakers through the eyes of three extraordinary women who work in tireless secrecy to defeat the Nazis. Quinn’s meticulous research and impeccable characterization shine through this gripping and beautifully executed novel.”