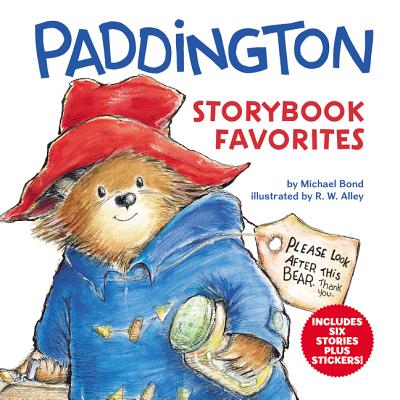 In this collection of six classic stories, Paddington’s nose for adventure leads him into one sticky situation after the next. But with a little curiosity, the best of intentions, and a marmalade sandwich to spare, this beloved bear is a story-time favorite.

Join Paddington as he explores a carnival, performs some magic, tries his paw at painting, and more!

This compilation was originally published as Paddington Storybook Collection.

Michael Bond began chronicling Paddington’s adventures in his first book, A Bear Called Paddington, published in 1958. Fortunately, bears don’t need much encouragement, and Paddington has since filled the pages of twelve further novels, a variety of picture books, and many other projects written for the young at heart.

R. W. Alley has illustrated a number of books featuring Paddington Bear. He lives in Barrington, Rhode Island, with his wife, author Zoë B. Alley.