The Florios of Sicily: A Novel 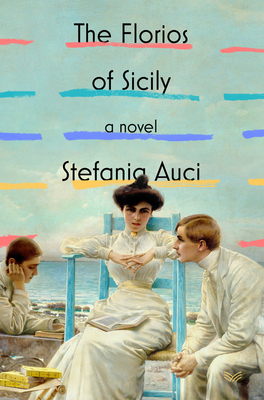 The Florios of Sicily: A Novel

By  Stefania Auci
Hardcover
$ 28.99
Out of Stock In Store (Click to Order)

Based on the true history of the uncrowned kings of Sicily: the story of a family, restless and ambitious, shrewd and determined to be richer and more powerful than anybody else.

In this grand, sweeping epic inspired by the real lives of history-making titans, international best-selling author Stefania Auci brings to life the dark secrets, the loves and betrayals, and the cruel acts of revenge that marked the Florio family’s century of influence.

The Florios arrive in Sicily, with nothing but the clothes on their back after an earthquake destroys their hometown. Against all odds, the family begins anew despite the looming Napoleonic wars and devastating plagues. But when Vincenzo is spurned by his aristocratic lover, he vows to avenge his honor by becoming the wealthiest man in Italy. Sacrificing love and family, he strives to buy what cannot be his by birth. Not to be outdone by the men, the Florio women unapologetically demand their place outside the restraints of caring mothers, alluring lovers, or wounded wives. Giulia, though only a mistress, is fiercely intelligent and runs the empire from the shadows. Angelina, born a bastard, charts her own future against the wishes of her father.

In this epic yet intimate tale of power, passion, and revenge, the rise and fall of a family taps into the universal desire to become more than who we are born as.

Stefania Auci, a Trapani-born special needs teacher currently living in Palermo, has been writing for literary blogs and on-line publications for a long time. She is the author of two popular women's fiction novels for Harlequin Mondadori and of the historical novel Florence, published in 2015 by Baldini e Castoldi.