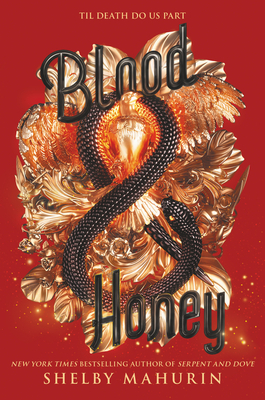 By  Shelby Mahurin
Paperback
$ 11.99
On Our Shelves Now

The stakes are higher. The witches are deadlier. And the romance is red-hot. The eagerly anticipated sequel to the New York Times and Indiebound bestseller Serpent & Dove is perfect for fans of Sarah J. Maas and is an instant New York Times bestseller!

Lou, Reid, Coco, and Ansel are on the run from coven, kingdom, and church—fugitives with nowhere to hide.

To survive, they need allies. Strong ones. But as Lou becomes increasingly desperate to save those she loves, she turns to a darker side of magic that may cost Reid the one thing he can’t bear to lose. Bound to her always, his vows were clear: where Lou goes, he will go; and where she stays, he will stay.

Until death do they part.

Shelby Mahurin is the New York Times bestselling author of the Serpent & Dove trilogy. She grew up on a small farm in rural Indiana, where sticks became wands and cows became dragons. Her rampant imagination didn’t fade with age, so she continues to play make-believe every day—with words now instead of cows. When not writing, Shelby watches The Office and reads voraciously. She still lives near that childhood farm with her very tall husband and semiferal children. Visit her online at www.shelbymahurin.com.