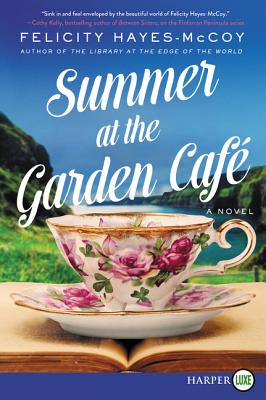 By Felicity Hayes-McCoy
$19.99
Out of Stock - Click to Order

This is book number 2 in the Finfarran Peninsula series.

The second in Felicity Hayes-McCoy's Finfarran Peninsula series, and the sequel to The Library at the Edge of the World—a heartwarming story about secrets between four generations of Irish women, and the healing powers of books, love, and friendship.

“The landscape and the cadence of the villagers’ language leap off the page. Fans of Debbie Macomber’s Blossom series will enjoy this trip to Ireland.”
— Booklist

“Easy to get swept into … an altogether pleasant story about overcoming the past in a charming small-town setting.”
— Kirkus Reviews

“Felicity Hayes-McCoy’s latest novel is a triumph. This is clear-eyed storytelling in a romantic setting, but it’s doing far more than weaving a beguiling tale…this book and this journey spill across generations and the result is a deeper meditation on what divides us and what restores us to ourselves and each other.”
— Irish Central