The Endless Beach: A Novel 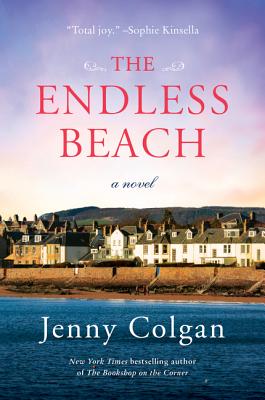 The Endless Beach: A Novel

From the New York Times bestselling author of The Bookshop on the Corner and The Cafe by the Sea comes another enchanting, unforgettable novel of a woman who makes a fresh start on the beautiful Scottish Island of Mure—only to discover life has more surprises in store for her.

When Flora MacKenzie traded her glum career in London for the remote Scottish island of Mure, she never dreamed that Joel—her difficult, adorable boss—would follow. Yet now, not only has Flora been reunited with her family and opened a charming café by the sea, but she and Joel are taking their first faltering steps into romance.

With Joel away on business in New York, Flora is preparing for the next stage in her life. And that would be…? Love? She’s feeling it. Security? In Joel’s arms, sure. Marriage? Not open to discussion.

In the meanwhile, Flora is finding pleasure in a magnificent sight: whales breaking waves off the beaches of Mure. But it also signals something less joyful. According to local superstition, it’s an omen—and a warning that Flora’s future could be as fleeting as the sea-spray…

A bracing season on the shore sets the stage for Jenny Colgan’s delightful novel that’s as funny, heartwarming, and unpredictable as love itself.

Jenny Colgan is the New York Times bestselling author of numerous novels, including The Café by the Sea, The Bookshop on the Corner, Little Beach Street Bakery, and Christmas on the Island. Jenny is married with three children and lives in Scotland.