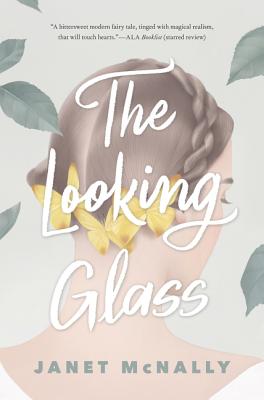 Perfect for fans of Emily Henry and Sarah Dessen, Janet McNally’s imaginative story of sisterhood shows that the fiercest of loves are often the ones that exist outside of happily-ever-afters.

GIRLS IN TROUBLE. That’s what Sylvie Blake’s older sister Julia renamed their favorite fairy tale book, way back when they were just girls themselves. Now Julia has disappeared—and no one knows for sure if she wants to be away, or if she’s the one in trouble.

Then a copy of their old storybook arrives with a mysterious list inside, and Sylvie begins to see signs of her sister, and their favorite fairy tales, everywhere she goes.

With the help of her best friend’s enigmatic brother and his beat-up car, Sylvie sets out to follow the strange signs right to Julia and return to New York with her in tow. But trouble comes in lots of forms—and Sylvie soon learns that the damsel in distress is often the only one who can save herself.

Janet McNally is the author of the novels The Looking Glass and Girls in the Moon, as well as a prizewinning collection of poems, Some Girls. She has an MFA from the University of Notre Dame, and her stories and poems have been published widely in magazines. She has twice been a fiction fellow with the New York Foundation for the Arts. Janet lives in Buffalo, New York, with her husband and three little girls, in a house full of records and books, and teaches creative writing at Canisius College. You can visit her online at www.janetmmcnally.com.